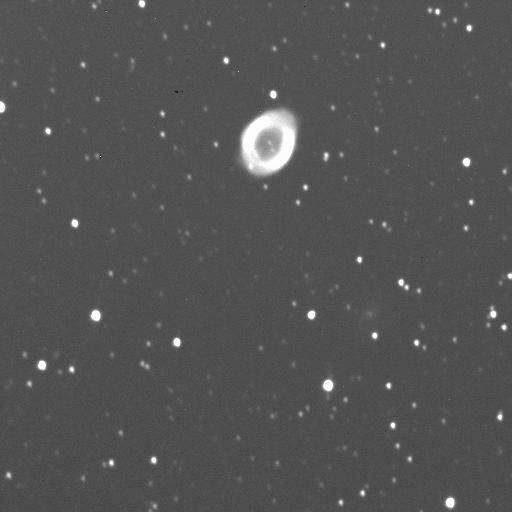 Click on the image for the 'fits' header information. This is an emission nebula called a planetary. The central star used to be a star like our sun. In its final stages, as fuel was running out, it expanded into a red giant and threw much of its outer shell off. After it finally contracted into a white dwarf, the blue-white photons began hitting the ring ring of gas, making it glow like a neon sign. The ring is actually a sphere, but as we look as it, the edges look denser, so it appears as a ring.

This is the fate of our sun in about 5 billion years.