View of the Moon

as the earth moves around the sun, a plane is defined at all times, this plane is refered to as the ecliptic

the great circle of the sky through the two celestial poles and the zenith, it divides the sky ino eastern and western halves

the point in the sky directly overhead, 90 degrees from the horizon

the "bowl of the sky", to the ancients, this is the apparent sphere of sky encircling the earth on which the stars appear to be fixed

the moon's path around earth 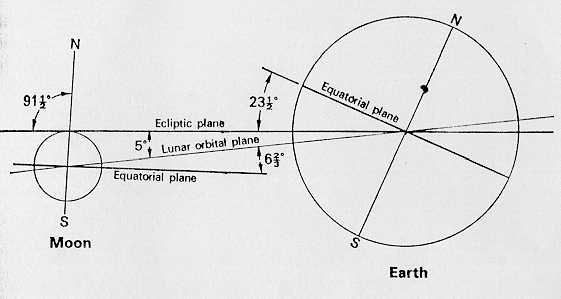